Meghillot was established in 2003 with the aim of providing a platform for Hebrew studies on the Dead Sea Scrolls. Conceived just after the final publication of the entire Scrolls corpus, the journal is designed to fill the lacuna in studies in this field in the Hebrew language. Its founding editors were Prof. Devorah Dimant (University of Haifa) and Prof. Moshe Bar-Asher (Hebrew University), whose appeal to publish the new journal met with a positive response from the Bialik Institute in Jerusalem. To date, nine issues have appeared, two of which are double volumes.
The majority of the articles published in Meghillot were initially presented as lectures in the annual Haifa workshops for the Dead Sea Scrolls, others being written independently and submitted to the editors. The journal covers a wide spectrum of subjects relating to the Scrolls and associated literature: editions of texts, commentaries, textual and linguistic analyses, theological and halakhic issues, and the occasional book review.
Starting from volume 10 (2013) the journal is published by cooperation of the University of Haifa (Faculty of Humanities) with the Orion Center for the Dead Sea Scrolls and Related Literature (Hebrew University of Jerusalem). The editors are Jonathan Ben-Dov and Menahem Kister.

Available for purchase at Bialik Institute 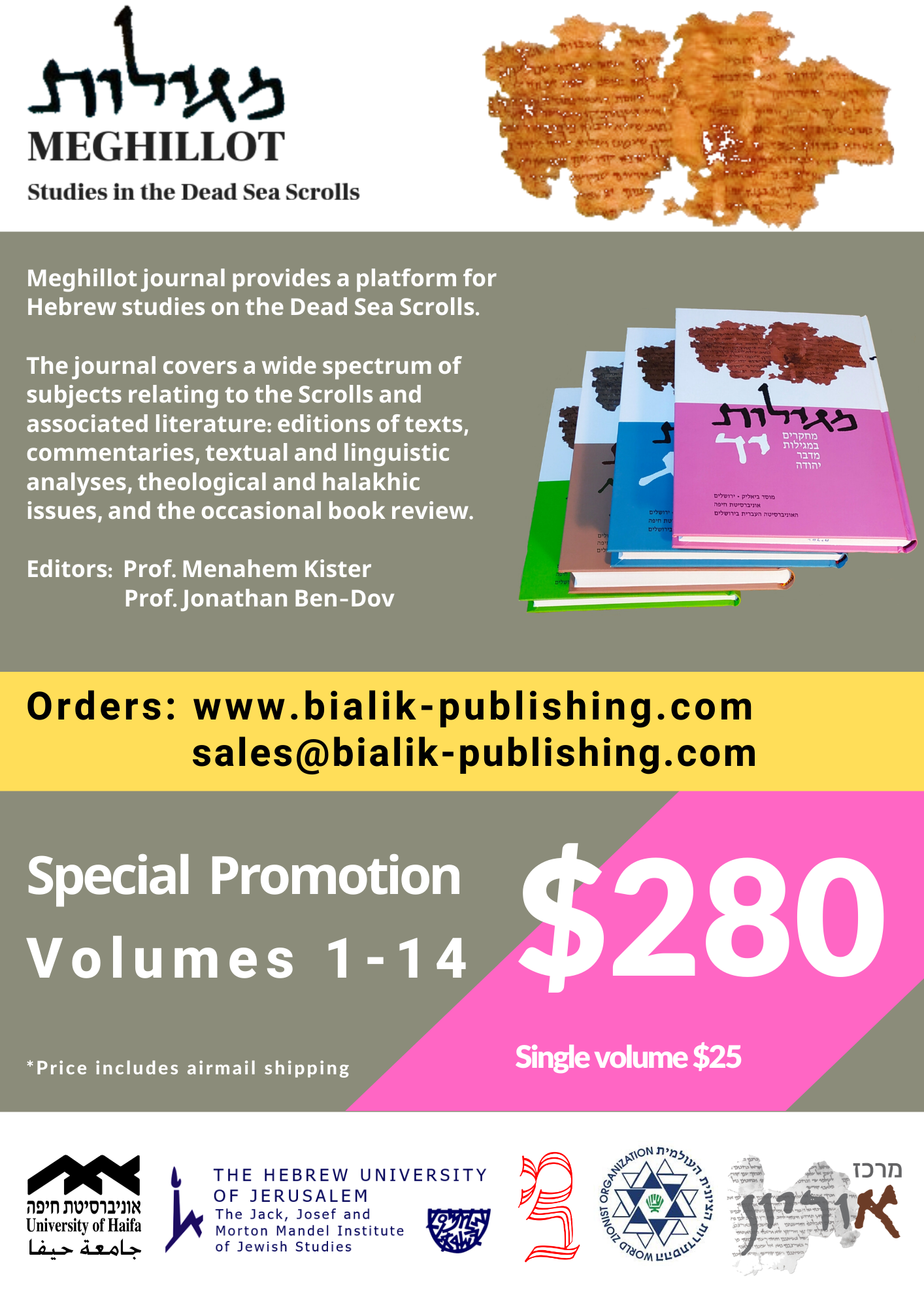